PrevPreviousWould you like a little more Roleplay at your D&D table?
NextOrigins – A Haunted DevBlog [1]Next 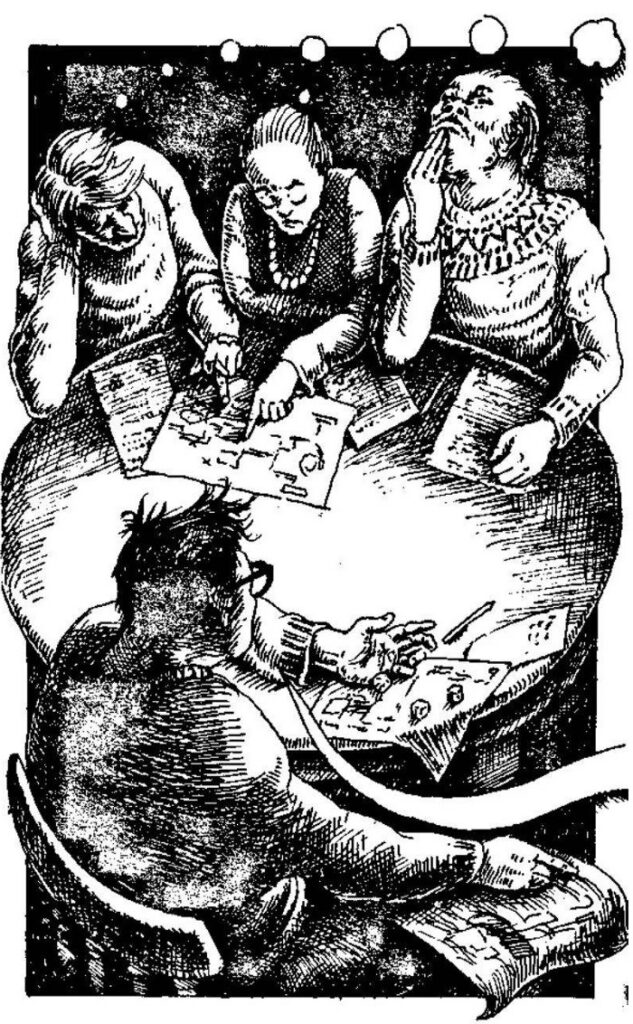 Life is fast and everyone’s schedules are full. No news there. In fact, things feel like they are getting faster and fuller all the time.

Perversely, even in a covid-restricted world, there seems to be endless stuff to do and not enough time to get to it all.

Therefore, when it comes to Tabletop RPG time (be that with your whole group at the same dining table, or on Roll20, or Zoom…), it means that you probably feel urgency to have “fun Now!”

And you would be right. There’s more than enough work / school / admin / chores / drama to navigate in any of our lives, so when there’s a few hours to play, you bloody well should demand fun now.

But hold on a minute. What if the rush to get your weekly session going means you are glossing over issues in the group?

Cohesion issues are as unique as people, but they tend to land in one of three main types;

One: Not getting enough of the spotlight

Example; Maddison and her bloodthirsty Barbarian are clearly not vibing the current story arc’s month-long focus on political intrigue. Her character is built for combat, and it’s what she loves most about the game. How long before her yawns turn into a full check-out, and she stops paying attention to the arc entirely?

Two: Not committing to the game

Example; Dave’s constant iPad tapping is putting you off your game. Half the time he’s on TikTok and not studying his online BladeLock character sheet via D&D Beyond, which is both disrespectful and disruptive.

Example; Claire and Billy keep making very subtle comments about the primacy of different game-world races, but another player finds them triggering for real-world reasons.

(Assholeitis can come in two flavours: intentional and unintentional, but they both lead to the same negative drain on the table, so either way it needs dealing with.)

I accept that having fun is not binary; it’s not either on or off, and the examples above don’t cancel out all the fun all the time for all the table… But my first rule of RPG is that it’s always the whole table’s job to make sure that everyone is having as much fun as they possibly can. It’s never just about my fun, or the fun of a few, but about all of us having the best time we possibly can, together.

So problems like those described above need addressing, because not only are they limiting the fun your table is having now, it probably means you weren’t having the most fun you could have last week, and won’t next week, either. Worst case scenario, these issues kill your group over time.

But let’s face it, these topics can be hard to tackle and we tend to paper over the cracks and muddle on, because forcing problems into the open can be awkward, embarrassing, or downright scary. And fundamentally, we play TTRPGs to escape some reality, not to have to confront more of it.

And this is the crux of the paradox: Sometimes, by rushing to the game as quickly as we can, because we want to escape and enjoy ourselves, we are making the session less fun than it could be.

So what do you do about it?

Experienced gamers amongst you maybe be thinking that these issues should have been avoided with a proper Session Zero or easily resolved with a clear Social Contract, but not all groups have those, and they don’t always stop these issues from cropping up. (If you are wondering what the hell those things are, I’ll post about them in the near future. But for now, feel free to hit the comments to ask away).

Like I said earlier; there are near infinite ways each of the three example issues could play out, but let’s give solutions to just the three we have mentioned already:

One: Maddison’s Barbarian not getting enough of the spotlight

If you have noticed Maddison getting bored and checking out a little, try letting the DM know, in private. It would be easy to contrive a side scene where the barbarian can engage in a cage-fight with some underground gang of misfits. Or the party could dabble with a little gambling; arm-wrestling one another, competitive beer drinking, or whatever.

This is easier to do with the DM in cahoots, but you still have enough agency as a player to engage the Barbarian in something they like, to keep them engaged.

Two: Dave tinkering with his iPad and not committing to the game

Issue one and two often inter-relate. Sometimes people like Dave switch off and start playing with other things mid-game when they are not engaged with the content for some reason. Weirdly, sometimes it happens because they were bored with a session a few weeks ago, and they started tinkering with their second screen then, and now it’s just a silly habit they have. Sometimes it’s just because Dave is bloody well addicted to social media.

Either way, the solution is to have a quiet and totally non-aggressive chat with Dave in private and explain how you feel it interferes with this group. Nine times out of ten this solves the issue. And once it does, watch out for Dave slipping in to issue One, as that’s surely going to drive him back to the iPad.

Oh, and for that one person in ten that a quiet chat does not solve things for; see the solution for intentional assholes.

Three: Claire and Billy are being Assholes

If one or more players are regularly saying things about race, or gender, or affluence, or sexual orientation, or anything that triggers another player, that needs sorting.

As mentioned above, there are two flavours of asshole.

The first is unintentional assholeitis, where the player/s have no idea that their words and unconscious bias are negatively impacting someone else. If you have a quiet, non-accusatory chat with the offending player to explain how you feel, then the vast majority of times the whole issue goes away. In fact, normally, Claire and Billy will be mortified that they made another player feel like that, and they’ll be super respectful going forwards. But, if they don’t respond well, and they keep on acting in a way that harms another person at the table, then see the below.

The intentional asshole is a different case.

Sack that player right away. Get them out the group. Make them dust.

Of course this can’t be done unilaterally if you are a player, and it probably should not be done unilaterally if you are the DM, either. Everyone needs to understand what has been said, the interventions that were made to modify behaviour, and realise that ejecting this specific player was the last and logical resort. In short, there should be some reasonable process to booting a player for being an asshole.

For example, if I kick up a fuss because another player keeps talking about flowers, and I hate flowers, the issue there is me, not the player who ‘offended’ me. I’m the asshole, and the group will let me know that pretty quickly. If I can’t get over my issue with flowers, then, I should probably go find another group!

Being serious for a second. Our hobby is way too white and way too male (psst, I am too), so anything that can be done to make sure that different people don’t feel marginalised at the table because of unconscious bias, or worse… that’s a great thing. Let’s repeat it; including other people is a great thing.

No one person wins a TTRPG, but everybody can lose

I’m sure that every one of us have played through sessions where these sorts of things have gone on. I’m sure we have all endured them longer than we should.

I know I have sat back and not intervened when I have seen issues one and two, leaving it until the DM notices and interjects. But you know, it’s not just the DM’s job. We all have agency at the table, and more than that, we all have a responsibility to make sure every game session is as much fun as it can be for everyone sitting at the table.

I hope these notes empower you to act when you see issues, and I hope your actions bring positive outcomes for your table, making it more likely that you’ll have ‘fun, now!’ We all deserve it.

PrevPreviousWould you like a little more Roleplay at your D&D table?
NextOrigins – A Haunted DevBlog [1]Next