When we first added a mechanic to manage the mental state of our brave investigators there was little doubt about the gold standard in the industry for such things: Sanity.

The concept has been used in several other products and tracks well for their purpose, but the more we thought about it, and the more we explored the effects… and language… around the idea, the more we were put off it. Sanity works VERY well for games such as Call of Cthulhu where the elder mythos gradually erodes at a character’s sense of reality and eventually opens their eyes to the madness beyond our mundane perceptions.

Nothing to fear, but fear itself!

For Beyond the Veil, we wanted to maintain the threat of panic and adrenaline inducing situations that would go hand-in-hand with experiencing the unknown firsthand but without the negative connotations of long-term psychological damage that is inferred by the term ‘Sanity’. While we are creating a game, and as such should be free to explore themes that could stray into ‘too close to home’ with some level of impunity, we have to consider the players and their own personal triggers. A good GM will, of course, be considerate of such things and should strive to sanitise their games based on the reactions or desires of the group of players but not everyone is comfortable revealing their personal experiences within the context of a hobby.

Luckily for us, it became a moot point. As the mechanic developed and the potential outcomes of failures became apparent, we realised that ‘Sanity’ just wasn’t the right term for what we were measuring… ‘Fear’ was!

Things that go bump in the night.

As Beyond the Veil explores those areas of the human psyche that gives life to legends, mythologies and superstition it was more apt that we build a mechanic to reflect the rising level of fear an investigator would experience when delving into the unknown. Rather than a gradual reduction in their sanity, we would instead measure the rising level of fear, and ultimately panic, that one would suffer during a tense investigation into an unknown phenomenon.

As fear rises, the characters will suffer various effects and to increasing severity, from beneficial surges in adrenaline to debilitating abject terror and eventually they may even trigger their fight of flight response, taking some of the fine control away from the player until their investigator can be calmed once more.

In addition to the rebranding of the mechanic, as well as a shift from counting down… to counting up!… we wanted to also lean into the concept of fear itself in order to give players a new dimension to add to their characters. The idea of optional phobias allowed for a twist in the way a player would react with their investigator in specific situations as well as a way for a cunning GM to play on their fears.

While not every player will want to adopt this potential weakness for their character, we felt it was a good way to further round out character generation and a way to explore the potential motivations or limitations of the resulting investigator. Of course, not every phobia will be relevant but we aim to guide GMs where entities may trigger specific phobias. I.e. An insectoid from a distant galaxy may be a trigger for entomophobes and that ghost of a Victorian slum landlord may have a full and impressive beard ripe for scaring the wits out of pogonophobes!

What is in it for the players? I hear you think (apologies to any telepathypathy1 sufferers out there). Well, if we are honest, we don’t know yet… I personally have some ideas but have yet to have them ratified by the board of directors, but rest assured there will be a reason to adopt a phobia for your character but probably with some GM caveat to rule it is as inconsequential if you try to cheat the system, you know who you are, you cheeky min-maxers…

Got an idea for how we can reward players? Let us know in the comments!

We all have our little fears and anxieties, some are minor and admittedly irrational: As a child, for example, I lived in fear of great white sharks lurking the depths of the deep end of a swimming pool. Was I unduly influenced by Jaws… obviously… do I still know that it is down there just waiting for me to take a dip, absolutely I do! Often times we are victims of our own overactive imaginations but isn’t that one of the things that makes us… us?

It is that very same fear that drives us to explore and understand, shine a light in the darkness and give meaning to the meaningless. Does it separate us from the animals, well no, my dog is scared of way more things than me but she will actively seek out and confront the vacuum cleaner despite her fears.

What irrational fears do you harbour in the deep recesses of your psyche? We promise not to use them against you the final product…2

Until next time, Happy Halloween!


1 The pathological fear that people can read your mind
2 Promises are not legally binding in blog form, probably… 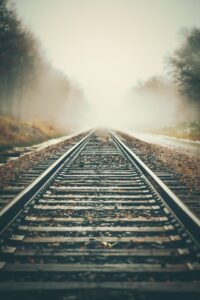