“Sesh Z.” Getting more from your Session Zero (part one)

“Sesh Z.” Getting more from your Session Zero (part one) 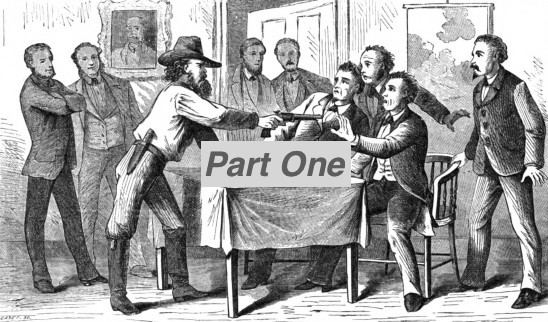 The point of Session Zero is for your whole group to collaborate in creating conditions that support everyone having the most fun possible once the game starts.

The problem with most guidance is that it either focusses on a limited set of high-level admin questions that do not go nearly far enough. Or it gets very long and hyper-specific about all manner of narrow preferences (on top of the high-level admin), which goes rather too far.

The first approach misses the most important points of a modern Session Zero, and the second makes rather too many points!

Oh, and pretty much all the advice I have read presumes the GM will be in charge of proceedings…

Whilst all of the above is helpful, it’s far from optimal, so I’d like to suggest how your group can get better aligned on all these topics by coming at them from a totally new angle.

NOTE: If you have been playing for decades and have been involved in hundreds of session zeros (sessions zero?), then feel free to skip to Section “2.b. Play-style or ethics related discussions,” which is where the really new stuff is.

But for everybody else, strap in and read on!

So what makes for the best ‘Sesh Z’?

First and foremost, the aim needs to be for everyone to contribute meaningfully to a discussion, so it can lead to a clear consensus on the coming game’s foundations. It’s no good if the usual suspects do all the talking, and the wallflowers keep quiet in silent acquiescence. The system below fixes for this.

Secondly, although players will often defer to the Games Master on many Sesh Z topics, it’s not the GM’s job to play mum/dad. Even though GMs may naturally facilitate the session (facilitation being one of their stereotypical strengths), their in-game authority doesn’t stretch to this discussion. Sesh Z doesn’t care about your role at the table, in fact, it’s vital that everyone is equal here. The system below fixes for this too!

And thirdly, although the name suggests it gets done in one bite, Sesh Z is most likely a two or three course meal. That said, for a group of extremely experienced players who have known one another IRL for years, this could be polished off in one go. But, for a group that has much less experience with the system and/or with each other, the ‘session’ will certainly be better digested over a longer period of time.

But don’t yawn! The Sesh Zero discussion is all good stuff, and sets you up for the best game you can have, so is time well spent.

This can probably be done on a messenger thread because most of the topics below are not contentious, and come to a group consensus quite quickly.

This section is split into two parts; the first covers character and game details, which are pretty straight-forward to discuss. The second, however, gets into play-styles, ethics, and other preferences, which can be difficult to navigate… which is where this advice hopes to be of help.

Like I said at the top, it’s not impossible that some, or even all of what follows could be covered in the ‘rough plan’ phase if the players are super experienced with the system/one another. But assuming most groups don’t have such familiarity, below is a list of discussions to have in person or by video call.

One thing to keep in mind is that you should aim for this to take place at least a few days after the ‘rough plan’ has been hashed out. The delay lets people think through the group’s choices, check they really agree with them, and get cracking on character generation etc.

2.a. Character or game related discussions:

If it were a movie, would the experience be grim and dark, or light and bubblegummy, or something else besides?

Is your setting a post apocalyptic world where characters need to scavenge millennia-old junk sites for physical resources, but the power of The Force is extremely strong?

For example; Vampires in this setting only consume non-humanoid life, and are deemed to be morally upstanding, functioning members of the established society.

Allowing you to either avoid the unintentionally unbalanced party, or go full throttle towards the 6-bard hypothetical super group.

There could be a number of other topics to discuss in this section, so feel free to modify it around your group. But on the whole, the ‘broad discussion’ is distinct from the ‘rough plan’ because the topics are a little more detailed, more nuanced, and most of us (myself included), like to have some time to think them over before talking them through.

I know that if I didn’t have the time to think about these on my own, then I would likely find myself agreeing to confident or experienced players… then later, I’d be kicking myself when I thought of all the things I should have said, but was not smart enough to come up with on the fly!

Part two will go into the more difficult side of Sesh Z, where all the contentious discussions are!