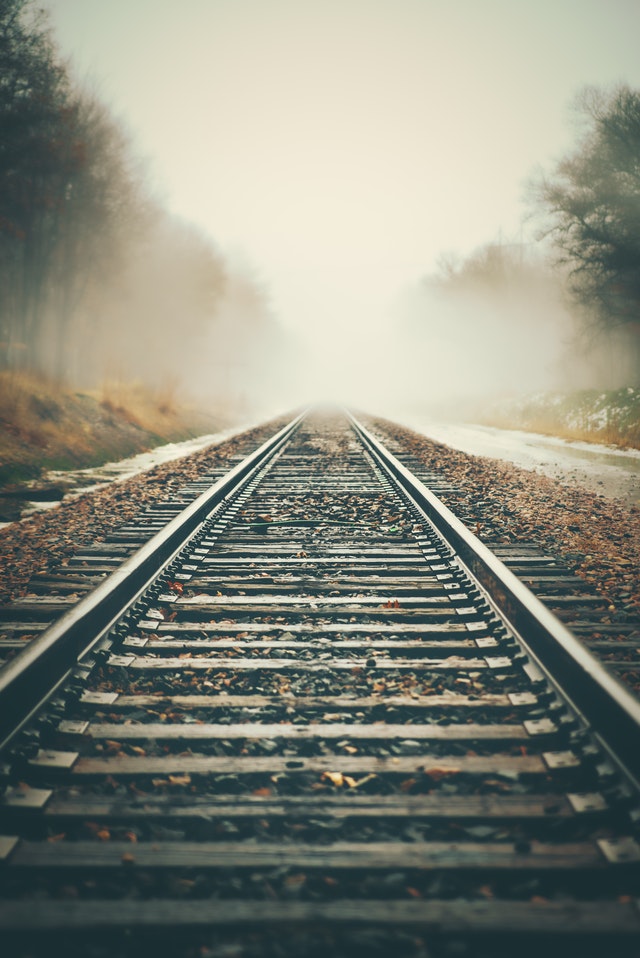 When putting a campaign together one of the first decisions a GM has to make is whether or not to make their story linear, sandbox, or somewhere in-between. Of course, a large part of that thought process should have already been resolved during the formation of the group by polling their preference.

Regardless of which approach is taken, there comes a time when the group must be guided in a particular direction in order to ensure that an important plot point is covered. Clever use of story or urgency inferred by NPCs can alleviate a lot of that burden, especially with fully invested groups but that isn’t always the case and it can’t always be assumed that everyone in the group has picked up on the same clues and hooks as one another.

The term ‘Railroad’ is often used in TTRPGs in a negative context but is it always such a bad thing? As with most things RPG-related, it depends on the context really. In a true sandbox experience, it is likely that the players would resent being pushed or pulled in a specific direction and ultimately having their creative agency removed. However, when pursuing a longer-term story arc it may be necessary to do just that!

So how does a GM usher a group along while ensuring that they still retain a level of autonomy that keeps that ‘open world’ feel that makes TTRPG gaming so great? Well… again it depends on the context1, fully engaged groups won’t see it as railroading if the plot points lead towards an eventual end that is somewhat set in stone. They might deviate from the path at times but reminders of the ‘main quest’ requirements are usually enough to keep them motivated and moving along in the right direction.

For less engaged groups it may be that the GM has no choice but to move them along using powerful antagonists that they have no choice but to flee from, or NPCs with the authority to order them to a particular place and at a particular time. This isn’t a bad thing, although I can understand why groups may get frustrated when it is overused. If they continue to not engage with the main story arc then maybe it just isn’t for them… let some other group of heroic individuals handle it and come up with a story that better fits their interests, after all, there is a wide world beyond the immediate surroundings of the protagonists.

One thing I always try to map out when preparing a campaign is the goals and milestones that the antagonists have, not just the ones that the players need to pursue. With an understanding of what the ‘bad guys’ are up to while the party is spending a week in town carousing, or setting up a bakery as a front for the rogues fencing endeavours, you can better incorporate world events that might drive the group to focus on the story more. By having NPCs represented as real people with their own wants, needs, and schedules you can create a richer, more engaging world. TTRPGs aren’t like the video games of old, with NPCs just standing around waiting to be interacted with… they’ve got lives, jobs, and families of their own to worry about2.

The best advice I can give is to realise that a railroad isn’t just a oneway journey from A to B. While trains are a great way to speed along a specific route with minimal deviation, it isn’t true that they don’t have junctions, stations… or even replacement bus services from time to time! At times it can be wise to put the group on tracks but still let them pick the route… the illusion of choice can be a powerful weapon in a GM’s toolkit.

A good example of this is when you have an encounter planned that contains a vital plot point but an unpredictable group of players in a sandbox setting. Let’s say that there is an NPC being held captive by a group of Ogres but no ‘quest’ to point them at it. In this case, we’ll place the group at a junction, one way is overland through some hills, the other, a cave complex that may save some time but is likely to be more dangerous. We can’t assume to know which direction they’ll go but ultimately it doesn’t matter, by ensuring the planned encounter can fit into either scenario we can move those pesky Ogres to whichever path they choose and ensure that vital NPC is found… all while still giving the players ownership over their journey3.

More experienced and creative GMs can even forgo planning ahead almost completely and react organically to the decisions and whims of a group. By keeping only a single session ahead it is possible to allow them full control no matter how crazy it gets… a warning from experience, however, this method is exhausting! Rewarding and great fun for all… but EXHAUSTING!

What are your thoughts on railroading? For, against, or indifferent, I’m always interested to hear about experiences beyond my own.

1 I say that a lot don’t I!
2 Fictional ones but does that make them any less important?!
3 Of course we all know those players who’ll find a way to ruin even that ideal but this is just a best-case scenario for illustrative purposes.