Dicing with Death 2: The Endicening – A Haunted DevBlog [4]

Dicing with Death 2: The Endicening – A Haunted DevBlog [4] 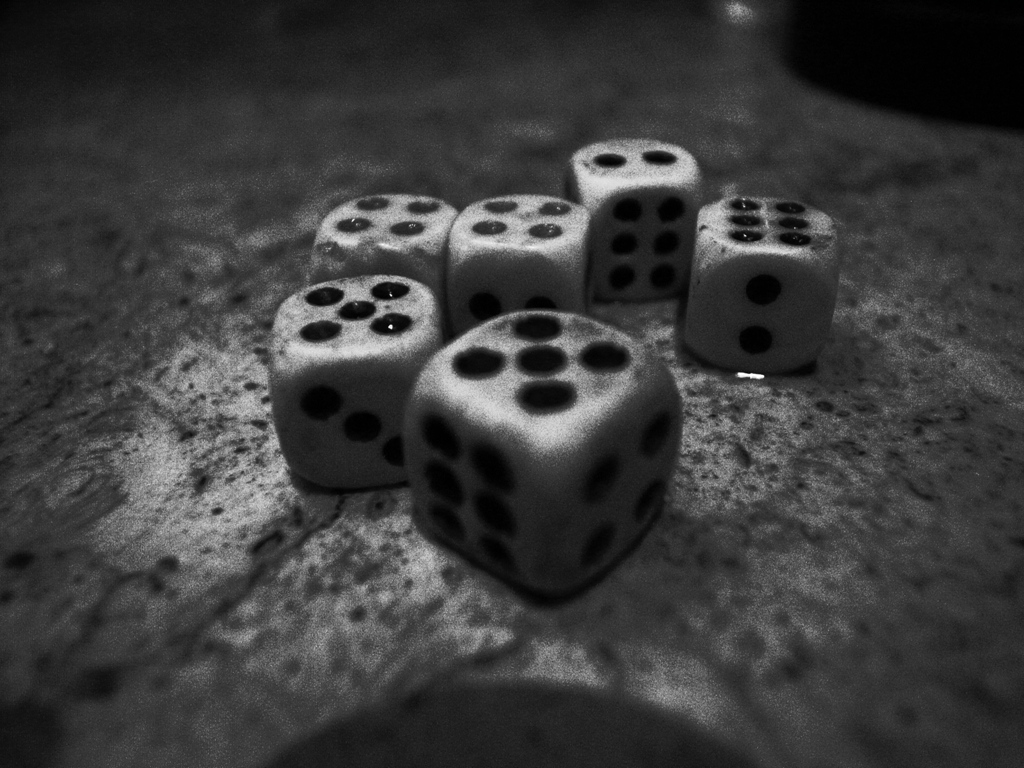 Last time we discussed the core abilities that each character would use to determine their overall build. We have also mentioned that Haunted will use a ‘stepped, additive‘ system to assign values to those abilities.

But what does that even mean???

First off, it took me a lot of googling and some asking around to even come up with that vague description of the dice mechanic so you are forgiven if it means nothing to you and if your google-fu failed to provide an answer.

With this basic example, you should be able to start building up a picture of the character you are creating. In this case a highly perceptive, psychically attuned couch potato with average technical abilities who is slightly awkward when with company and not the brightest bulb in the… er.. bulb store… sorry.

Why do I have the horrible feeling that I’ve just described myself… bar the psychic abilities.

By altering the order in which you assign the dice there is a real range of possibilities for character customisation that give real depth to your build straight from the start. The second reason for this choice of ability score values was to support the notion that these characters represent realistic individuals you could meet out in the street… well, in the before times anyway!1

We all know that one person who definitely has a d4 in their Technical ability… if you needed someone to help get you to this blog then that person is you but I’m not judging, it’s quite likely that your Social ability is an impressive d20, something that I can only dream of!

No, never, how dare you! We don’t swing that way here at Wrenegade Studios. We wanted to represent the chance of failure and impossible tasks that real life presents us with daily. I know that I couldn’t wow an audience at the O2 Arena but can hold my own in a small social gathering so a character based on me would have low social ability, that doesn’t make them useless, it just hampers their ability to complete difficult tasks using that ability. We like to call these ability testing tasks ‘Reality Checks’ but more on that another time.

Now we get to the second descriptor in the mechanic… Additive.

As part of the Haunted character progression, we wanted to represent the growth that experience gives us all. During your investigation career you will have the chance to upgrade the dice used for abilities along the following track:

Most characters won’t be so extreme in their progression, currently reaching 2d20 in an ability would require unwavering dedication and specialisation in that area… which is fine, who doesn’t want to be the world’s greatest psychic!

For the majority, progression will round out those rough edges and provide a boost to their chosen path in order to cement their position as the group’s chief technician, etc.

Come back soon for the next installment where we will drill down into those abilities a bit more and explore the key skills that Haunted will use to determine character success.

1 Written in lockdown, during the Covid-19 pandemic