There are things out there that are kept hidden from the general populous, the things that go bump in the night, things that have reached out from the stars and some things that we have no proof of… or do we?

Gather your team together and discover the unknown as you go “Beyond the Veil”.

Venture out as a team and discover the world of the Paranormal, Supernatural and the Unknown with the Investigators handbook & Game Master’s Guide core rule books.

⦿ Includes everything you need to get you started.

⦿ Extensive equipment list to aid you in your investigations. Add more extraordinary entities to your game with the Beyond the Veil entity compendium.

⦿ Over 120 new entities to add to your investigations.

⦿ And brand new investigations to test your resolve.

Filled with unforgettable new encounters for you to experience.

Whether you wish to capture evidence of a Ghoul, Hunt down the Mothman or discover Lizard like people living among us; the Entity Compendium will add terrifying possibilities to your ‘Beyond the Veil’ game.

CREATE ANY CHARACTER YOU CAN IMAGINE

Form part of a crack-team of investigators, delving into the paranormal, supernatural or the unknown.

Take on the role of an adventurous archaeologist, an eccentric physicist, the medium from a TV show or whatever you like!

Beyond the Veil supports a wide variety of character choices enabling players to create any investigator they want. Through a combination of occupations, specialisations, skills and talents; players can create themselves or their favourite influences from fact and fiction with ease. 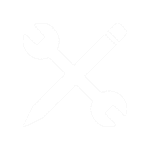 Skills represent the variety of competence that a character has. Each one has a core ability that determines the basic chance of success when making a check against a skill. As characters progress they can increase the ranks held in any given skill to allow for dedicated expertise or a more average but broader scope of options. 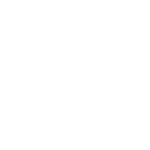 Characters can gain talents during their career to provide boosts, bonuses, powers or alternative ways of using their skills. These are more situational or specific in their application but allow for greater flexibility in the development of a build. Some talents are more powerful than others, however, and these will require characters to meet the prerequisites in order to adopt them; this represents the growth in expertise that a character gains through experience and practice.

A characters ability to perform certain actions are broken up in to 6 different stats;

Physical
Represents a character’s control over their own body. Their strength and dexterity both form aspects of their overall physical presence as does their ability to use those facets to influence others.

Mental
Determines a character’s overall command of their faculties. Whether general knowledge and intelligence or common sense and wisdom, this ability covers anything they can think of.

Social
A character’s ability to influence and interact with others as well as their overall force of personality and how they present themselves to the wider world.

Technical
Whether or not a character struggles to open their emails, let alone perform upgrades to complicated equipment. This also covers a character’s ability to use machines and equipment in general.

Psychic
Governs a character’s ability to sense things beyond the common five senses. Whether as passive empathy or actual psychic powers, these characters are more in tune with the energy of the universe than most.

Senses
The way in which a character perceives the physical world around them, this ability summarises the standard mundane sensory input available to an individual. 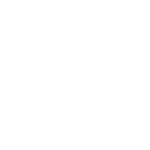 As amateur investigators, characters have an occupation that helps to shape their history and origin. With this, their starting abilities and skills can be more easily defined and a potential future path planned out. Occupations are bolstered by specialisations, a way for characters to further differentiate themselves from their peers. 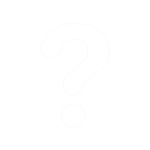 Not all investigators are ardent believers, a healthy dose of skepticism can be as useful a tool as a firm belief in the realm beyond the veil. Through their experiences and interactions with the entities they will meet, investigator’s belief will be tested and may change along the scale accordingly. With no ‘perfect’ place to be on the belief spectrum, there is ample opportunity for character development. 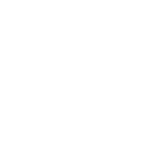 A measure of a character’s ability to withstand the physical effects of an investigation. Whether from a flying book hurled by a vengeful spirit or a fall down a flight of stairs, there are numerous ways in which a character may come to bodily harm. This also represents the inner lifeforce of a character that a malevolent entity may tap into to power their wrath, wise investigators will be prepared for anything! 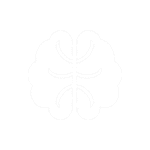 Investigating the unknown is as wearing on the will as it is on the body. A character’s sanity is always being tested throughout an investigation and as it deteriorates so does their willingness to continue. Desperate characters may even end up facing a fight or flight situation if things go very badly. With the support of their fellow investigators, or a nice, calming, cup of tea, a character can restore lost sanity temporarily and reinforce their desire to continue with the investigation. 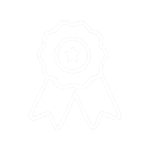 Discovering existence of the paranormal, supernatural or the unknown as well being able to provide proof is an important part of a character’s development. By resolving investigations and presenting evidence to the wider community they can gain increased reputation which, in turn, leads to a wider choice of cases to take on. With enough of a reputation they may even be hired to take on a legendary case with the chance for greater rewards and glory, as well as the much greater risk that goes along with it. 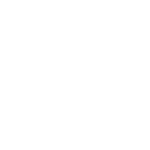 As the investigators accumulate reputation they also gain levels in their chosen occupation. With this, they gain new points to use for skill ranks, unlock new specialisation features and they acquire new talents to aid them in their future investigations. They may even choose to move towards being full time investigators, setting up a base of operations and investing their earnings back into more advanced equipment, transportation or real estate. Abilities
The general measure of a character's capabilities, highlighting their strengths and weaknesses.

Character Info
Summary of the character's progress and descriptive preferences.

Skills
Granular representation of a character's effectiveness and expertise.

Belief
Whether a character believes in the paranormal or attempts to rationalise the evidence presented to them.

Vitality
A measure of a character's hardiness and overall life-force.

Sanity
A measure of a character's mental resilience and overall state of mind.

Sanity Effects
A record of any longer term effects of sanity reduction.

Talents and Powers
A record of a character's special abilities.

Carried Equipment
The equipment currently upon a character's person.

Equipment Cards
Add the "Beyond the Veil" pack of equipment cards to better organise, keep track and have quick access to related info. These dice can be upgraded during the levelling mechanic and may receive temporary increases as a result of a talent in specific situations.

FREEDOM TO CREATE YOUR OWN UNIVERSE

Beyond the Veil was developed to be setting agnostic, leaving you free to create anything you like.
From a modern, real-world, simulacrum of Earth to a gritty post-apocalyptic Victorian Era, nothing is off-limits. Create investigations around your home town, using real locations your group is familiar with, or send them into a deadly, sprawling, abandoned asylum crumbling on the edge of a cliff.
Using our easily adaptable core ruleset ignite your imagination and set loose your genius! Create tension and build anticipation with a range of game aides. With planned assets for both digital and in-person play, Beyond the Veil helps you take your investigators on a journey through the dark recesses of their own imagination.

In order to capture evidence of the paranormal, supernatural or the unknown you are going to need technology!

Unfortunately telling people what you saw or heard is not going to be enough evidence of the event you witnessed.

What you will need is:

Each of these types of evidence capture can be graded for authenticity and will result in “reward and reputation”.

‘Beyond the Veil’ is set within a fantasy world but all the equipment we have included within the basic core rule books is grounded in reality. You will be able to take the same equipment that you may take on a real world investigation to help you discover evidence. This includes categories of equipment covering;
The S.P.S

The Supernatural & paranormal society are your main source of available investigations, equipment and also where you will submit any evidence that you discover. When you begin your first game of “Beyond the veil” your character starts off with a smartphone with the SPS application installed. This application serves as your portal to investigation boards, the online store and also your public profile. As you gather evidence you and your team choose which evidence you wish to submit to the SPS for grading by uploading it to your profile. The more views your evidence gain the more your reputation and revenue increases.
Reward & reputation

How does reputation work?

Reputation is your way of showing how much experience you have in investigations.
As your reputation grows you will gain access to new investigations, skill & talents and more reward.

How do I increase my reputation?

Reputation is gained on successful completion of an investigation. It can also be gained by the quality of the evidence you capture.

How do we earn rewards?

Monetary rewards are earned in 2 ways; via payment from a client or through revenue generated via views of your submitted evidence on the SPS Website/mobile application.

Are there any other rewards?

Item rewards can be gained either by finding them, as gifts or by sponsorship (Higher level characters). CHOOSE FROM A HUGE RANGE OF ENTITIES TO INVESTIGATE

From close encounters of any kind to primal hunts deep in the wilderness, Beyond the Veil explores the things that go bump in the night. Whether supernatural, paranormal or extraterrestrial, lead a group of brave investigators on a mission to explain the unexplained.

With gameplay options available for facing any, or all, of the threats that exist beyond our understanding, as well as easy to use quick-build entity generation, your players could face the horror of the unknown or famous creatures of myth and legend. Will they be the hunters, or the hunted?

LEGENDARY IS THE NEW BBEG*!

Beyond the Veil brings the meta-gaming back to gaming, lead players through eerily familiar settings from myth and legend where player knowledge overlaps with character knowledge. We’ve all heard the stories and we all have our theories, why not bring them to the table and put them to the test against some of the biggest and most mysterious entities of all time.

Amateur investigators won’t have what it takes to tackle the legendary creatures straight away, however, using the career play style option, guide them through a series of investigations to build up their skills and experience while discovering clues that may lead them towards unravelling a major mystery as experts in the field.

From the slopes of the Himalayas, to the chilly depths of Loch Ness, the teams investigations will take them around the World on the greatest mystery tour of all time.